On this day one hundred years ago, Cecil Sharp and Maud Karpeles noted down their first Appalachian song, beginning a musical journey that would span three years, and the effects of which continue to greatly impact the Appalachian folk song tradition and its study today.

The pair began their collecting in Madison County, North Carolina on the advice of Mrs. Olive Dame Campbell, whom Sharp had met in New York the previous year. Mrs. Campbell had spent several years collecting over 200 folk songs from the mountains of North Carolina, and upon seeing her collections, Sharp determined to go to the Appalachians and embark on a collecting journey of his own.  Sharp and Karpeles would spend the majority of their first trip in Madison County.

Upon arriving in Asheville, NC on 25 July, 1916, Sharp met sisters Helen and Edith Fish, and the latter introduced the pair to their first singer, Granny Banks of White Rock.  Granny Banks provided Sharp with his first Appalachian song, ‘Lord Bacon’. He collected only one song from her on this day, commenting in his diary that she had ‘taken up religion lately and was rather impossible.’ Throughout their travels, both Sharp and Karpeles noted several times the difficulties they encountered when trying to collect songs from what Maud called the ‘Holy Rollers’, who ‘believed it wicked to sing secular songs.’

After Granny Banks, Sharp travelled to ‘Aunt’ Polly Shelton, from whom he collected ‘3 or 4 good songs,’ most notably ‘Earl Brand’. Despite collecting only a few songs on this first day, Sharp wrote in his diary that he was ‘Thoroughly satisfied with [his] first afternoon’s work.’ Karpeles noted that ‘the mountain people were quick to recognize his friendliness and understanding, and his obvious love of the songs formed an immediate bond between them.’ Sharp would go on to collect 400 songs in the next two months. He and Karpeles would then return to the Appalachians in 1917 and 1918, expanding their travels to the nearby states of Kentucky, Tennessee, Virginia, and West Virginia, and collecting 1625 tunes from over 350 singers. 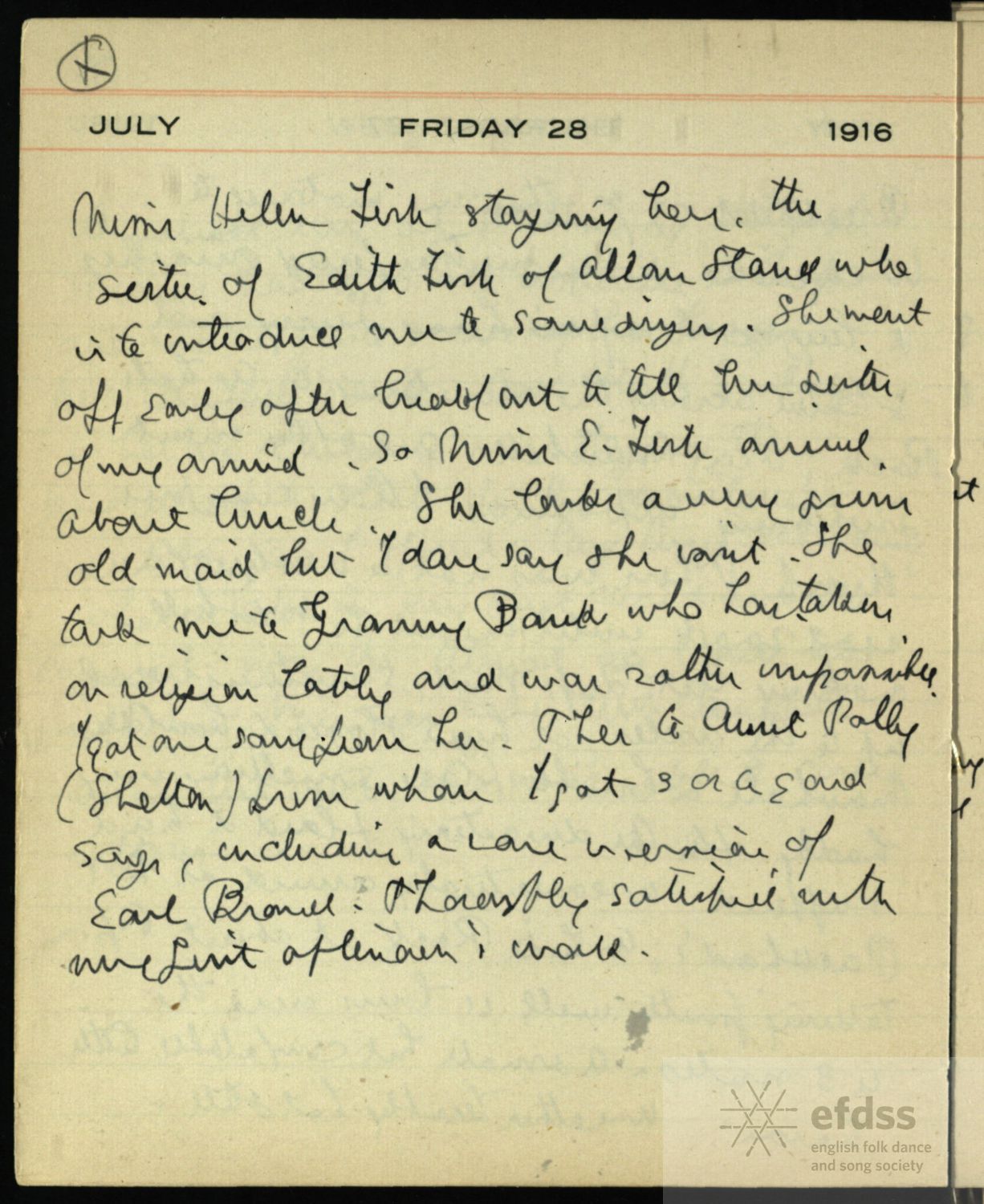