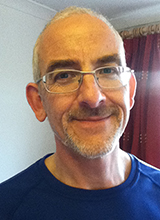 Due to an interest in step dance in Hampshire, I have recently been working with a book of songs, dances and tunes collected by Alice Gillington - Songs of the Open Road. We have been reconstructing dances based on the notes in the text. What has emerged are new dances informed by the book. Consequently, I have become interested in the processes that one goes through when reconstructing dances from a written source. Here are some thoughts.

To retrieve the songs from the publication is a simple procedure, as the lyrics are recorded in word form and the melody in conventional music notation. To retrieve the dances is not so easy. Today we have a number of tools if we wish to record dance. We can make video footage from a variety of angles that can show the whole body, or focus in on foot movement or arm gesture. This can be encoded using a notation system.

The Newcastle Notation system is an excellent tool developed for clog and step dance. A system such as Laban Notation would capture the whole body movement. Both systems are highly sophisticated and require the recorder and decoder to have a competency with the system. These recordings can be backed up with biographical details on the informer and the social context within which the dance was performed. At the present time, INSTEP is uploading this type of material to their website allowing access to a potentially huge archive in the way The Full English is opening up the folk song collections to the world.

In Songs of the Open Road, Alice Gillington gives a brief description each dance beneath its title, using terms such as ‘swing waltz’, ‘Ferry dance’, ‘step dance’ or ‘four-handed reel’. Then under the music she gives a written description of the dance.

It seems important to understand what Alice Gillington brought to her attempt to record the dances and what we bring when we attempt to reconstruct them. From Alice’s huge correspondence with R.A. Scott Macfie, the secretary of the Gypsy Lore Society, we learn that, although she loved to dance, she had no formal training. It is clear that she had danced some country dances and was familiar with the Lancers. However, she recognised the importance of recording and passing on the dances, and to that end contacted Mary Neal of the Esperence Guild. This resulted in a visit to Thorney Hill by Miss Neal and one of her instructresses, and a subsequent performance at one of their shows.

Some of the terminology used, such as ‘ferry (furry?) dance’, is puzzling until you realise that Alice had lived for a period in Cornwall, and had presumably seen the local dances there. Indeed the dances thus described are like the Cornish furry; simple, for couples and could be processional. Another puzzling term is ‘swing dance.’ In an article published in Country Life magazine, Flowers of the Forest, Alice is asked by Rosya if she can swing. Tony Leisner describing dance forms popular in the States writes,

“One type, which appeared during the late 19th century, was known as ‘swinging’. Probably one of the most exhilarating dance forms found anywhere, it involves couples who danced with their hands on each other’s waists or shoulders and twirled around the floor at a breakneck pace.”

The dance descriptions themselves are of varying length and complexity but are not linked in any way to timing or phrases. They are open to a range of interpretation; a short two-step, dance a jig step, advance a step, back-fling of the right foot.

This is where one’s own background comes into play; certain phrases have a meaning depending on previous dance experience. Those working together to reconstruct the dances had different backgrounds and so interpreted Alice’s words in their own way. Consequently various ideas were trialled and danced until moves that fitted the general description and the music were agreed.

An important factor in this process was the music and how the musicians played the tunes. It became a two way process; the dancers influenced by how the tune was initially played and the musicians adapting their style when they saw the dance.

It was also important to find a social context for the dances. Alice Gillington records the dances as being enjoyed at village fairs, weddings, informal gatherings in the fields and around the fire in Gypsy camps. A monthly music and step dance pub session has developed into a social evening with music, step dance, social dance and song. In this context, the dances have been further refined and prove popular.

A similar but more developed process has, I believe, happened in Cornwall. A joy of 2014 was attending the Lowender Perran festival. Carmen Hunt led some brilliant Cornish dance workshops at last year’s Sidmouth Folk Festival and suggested we might like this festival. She also recommended the excellent book, ‘Scoot Dances, Troyls, Furrys and Tea Treats,’ by the Davey family. The book gives valuable historical and contextual information, descriptions and notations for collected, reconstructed and new dances.

At the festival we saw a number of very different but equally excellent teams performing a variety of dances to some very motivating music. Much of the source material was the same but the outcomes quite different. Any of the teams would have enhanced the dance displays of an English festival. It was also interesting to note how the choice of costume influenced the feel and execution of the performance.

It was wonderful to see how much care had gone into the process of reviving and reinvigorating the Cornish dance tradition. The outcome had coherence, integrity and creativity. A magical dance concert saw teams paired with singers or choirs to revisit the custom of singing for dancing. It was exciting, inspiring and above all joyful.

A reconstructed dance can never hope to be the same as the original, but is creative and ensures that the folk process continues. Today the relatives of the dancers from whom Alice Gillington collected are excited to see our new dances.

The opinions expressed in this blog are those of the author and do not necessarily reflect the opinions of EFDSS.